All communication with the Claiming Service happens through HTTP REST APIs. Please refer the Claiming API documentation for details.

In this process, the ESP32-S2 itself fetches the credentials from the Claiming Service after connecting to the Internet. This is also the default. 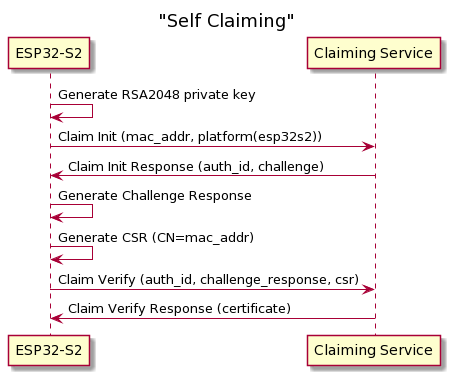 A new type of claiming, called Assisted Claiming has been added, in order to make the claiming for ESP32 simpler. It is built on top of the host driven claiming APIs, with the difference being that the actual payloads are generated and parsed by the device, instead of the host. No setup like that for Host driven claiming is required. Just ensure that you have the latest phone apps and the latest esp-rainmaker code from GitHub, with Assisted Claiming and BLE provisioning enabled from menuconfig. 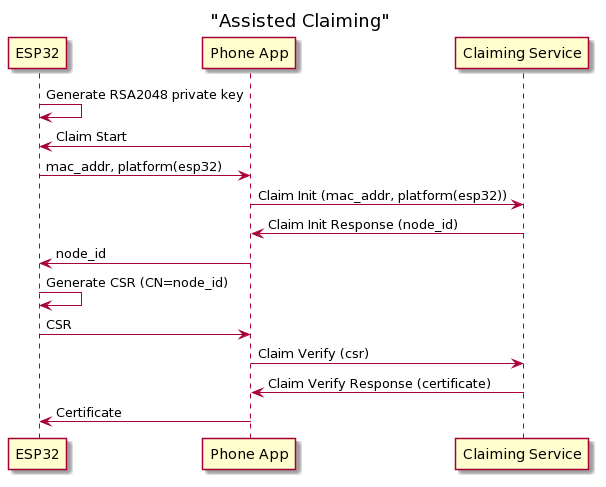 Note: Recommended to use Assisted Claiming Instead

Host driven claiming, as the name suggests, is driven from your development host machine. Since ESP32 does not have the secret key programmed in its efuse, this is useful for getting the credentials and using RainMaker on ESP32. This has been enabled by default for all ESP RainMaker accounts. 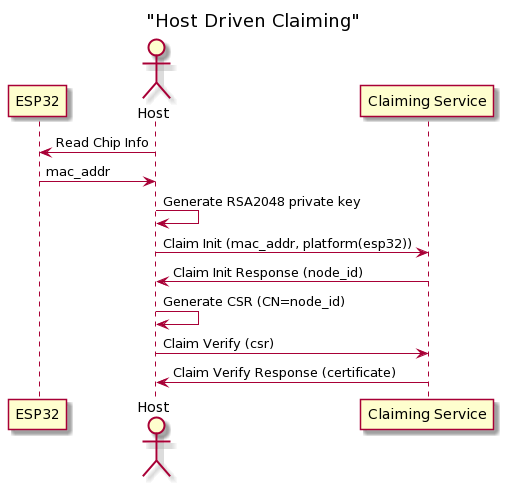 The ESP RainMaker CLI (esp-rainmaker/cli) should be used for the host driven claiming.

Please ensure that the ESP RainMaker CLI is set-up using the steps here. "Claim" your board by executing the below.